BATA AGRO was established in 2005 and today the Association is gaining a significant success with number of important initiatives for the industry. The firts of them as the most important project is organizing independent specialized agricultural Fair BATA AGRO which takes place every year at the airport in Stara Zagora. 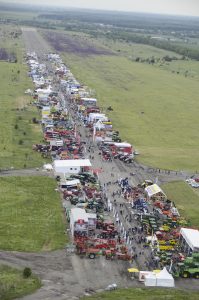 The original idea of the organizers is to make easier the meeting with their potential customers by creating a platform on which each company to present its products. BATA AGRO also launched in 2010 and in its first edition and won the trust of companies – exhibitors and visitors – farmers.

BATA AGRO exhibition evolves and annually the number of exhibitors from Bulgaria and abroa grows. In 2010, when the first edition of the fair was held, exhibitors were 89 and in 2018 – already over 200.

We use cookies to ensure that we give you the best experience on our website. If you continue to use this site we will assume that you are happy with it.OkNoPrivacy policy